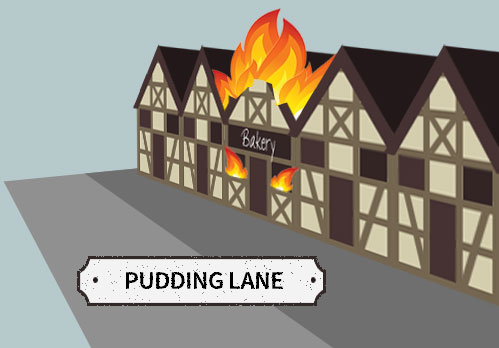 The Great Fire of London is perhaps the most famous blaze in UK history, one which tore through the city, taking lives and causing untold damage to buildings and businesses. The legacy of the fire lives on to this day, and 2016 sees the 350th anniversary of the infamous event.

In September 1666, a fire swept across the capital, causing widespread havoc and destruction. Though a number of theories were posited in the immediate aftermath regarding the cause, it has since been universally attributed to a bakery located in Pudding Lane, close to London Bridge.

While it may have been negligence that sparked the fire in the first place, there were a number of factors that contributed to the rapid spread of the flames, which blazed for a full four days before finally abating as the wind dropped on Wednesday 5th September, 1666.

For example, London was coming off the back of a 10 month drought at the time of the fire, which meant that the wooden buildings and straw roofs were ideal kindling by the time the fire broke out. The close proximity of housing also allowed the flames to spread, and even famous landmarks such as St Paul’s Cathedral were affected by the fire. 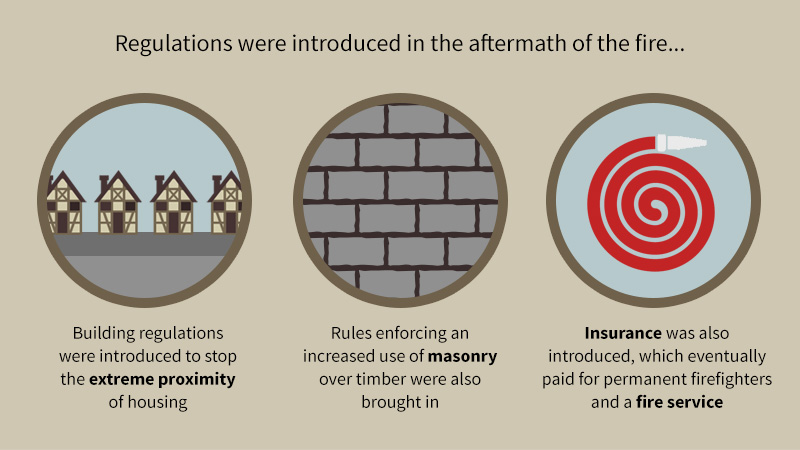 It’s strange now to think that an environment as potentially dangerous as a baker’s shop made from wood and straw would be allowed to exist, but this was before the days of building regulations and planning permission.

The design and layout of streets and houses in 17th century London was a big contributing factor to the scale of destruction; some streets even featured buildings that jutted out at the top storey, making them around a metre apart from the building on the opposite side of the street.

In the aftermath of the fire, regulations were introduced to stop this kind of building style on new structures, as well as rules governing increased use of masonry over timber. In fact, the fire instigated a number of safety improvements, including the introduction of insurance that eventually paid for permanent firefighters and a fire service – all of which might have been useful in preventing the blaze in the first place. 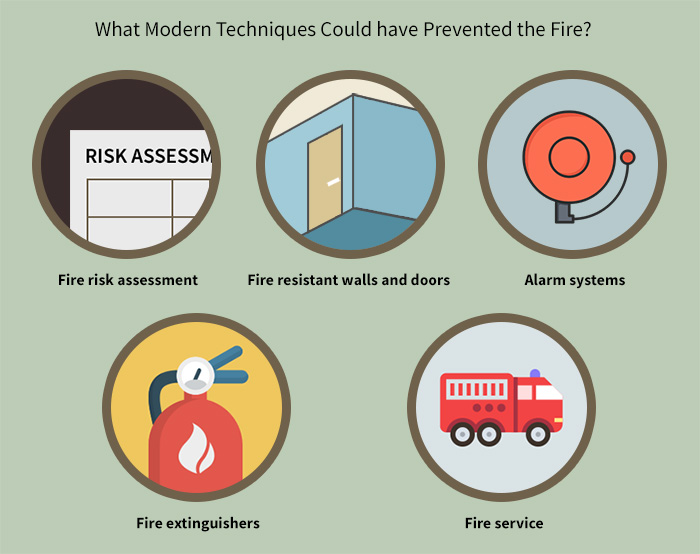 Though the Great Fire of London raised awareness for the lack of fire safety considerations in the ever-growing towns and cities around the country, it would still take a long time before universal regulations would be imposed.

The 2005 Regulatory Reform (Fire Safety) Order would have gone a long way towards preventing the fire from spreading and even starting in the first place. A fire risk assessment – a legal requirement stipulated by the Order – would have identified the many hazards present at the site of the fire, including the lack of detection and suppression equipment.

Modern techniques would have also meant that more passive fire protection would have been in place. This includes fire resistant walls and doors with intumescent seals, designed to withstand extremely high temperatures and prevent flames from spreading from room to room, building to building.

With sufficient alarm systems present, residents would have been alerted to the rapidly spreading fire, allowing them to evacuate in a timely fashion and avoid becoming trapped inside burning buildings. Similarly, automatic fire extinguishers could have helped to tackle the blaze before the fire services (had they existed) showed up, reducing the impact and reach of the flames.