How to prevent a backdraft

A Guide to Fire Cavity Barriers in the UK Do Fire Extinguishers expire? How to prevent a backdraft Fire Extinguishers FAQs Fire Alarms FAQs Furniture Fire Safety FAQs What Can I Expect From Your Engineers? How Will Open Protocol Systems Benefit Me? How does Fire Equipment affect my Insurance? How Often Do Fire Risk Assessments Need To Be Performed? Why Do I Need My Fire Safety Equipment Maintained?

How to prevent a backdraft

Everyone knows that fire is deadly, but when it comes to backdrafts the risk is heavily increased. Firefighters have the skills and knowledge to help try and avoid these dangerous events – or at least deal with it when it’s unavoidable – but the average person may not even be aware of what a backdraft is.

To help you understand this terminology, as well as how they happen, how to prevent them and what makes them so dangerous, we’ve compiled a short guide on the topic. Of course, you would never be expected to deal with a backdraft – that’s a job for the firefighters – but it’s always useful to arm yourself with as much knowledge as possible when it comes to fire.

What is a backdraft? 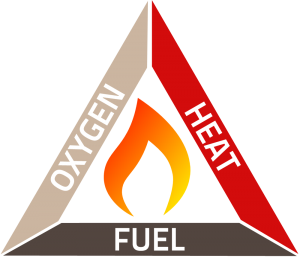 It’s important to go back to the basics of fire in order to understand what a backdraft is. The formula required for fire is fuel, oxygen and ignition source. Once you have all three of these things, you can expect a fire. For it to continue burning and growing, it requires more fuel and more oxygen.

Once a fire begins to burn up all the oxygen in a sealed area, it will inevitably run out, replacing it with combustible gases. The heat, smoke and unburnt gases remain behind at an intense temperature. A real-world example of this would be a fire which starts in a room, but which becomes limited to that compartment. Once you then open any door or smash a window, the influx of fresh oxygen cause the fire to rapidly expand inside the room and burst outwards with great ferocity and force.

While the fire in a room may appear to be dying back, it’s important that you don’t risk re-entering until the fire services have arrived as this could be a backdraft situation.

How do backdrafts happen?

As mentioned above, backdrafts are always the result of a fire being confined to space and starved of oxygen. Where there is a constant source of ventilation for the fire to feed on, it’s unlikely that a backdraft could occur, but fires in offices or buildings where compartmentalisation is in effect are more likely to see this.

Of course, you yourself would never be expected to deal with a fire once it reaches this size, since the sealing of rooms with fire doors and other fire stopping techniques is designed to hold a fire back to allow time for people to evacuate the building.

Why are backdrafts so dangerous?

Any type of fire is dangerous, but one with such unpredictable timings, expansions and explosions is always more tricky and, potentially, could have devastating consequences.

One of the things which makes them so dangerous is that you can never quite tell if there will be a backdraft explosion of fire. Often, after reintroducing oxygen to a room by opening a door or smashing a window, it can take time for the backdraft to occur since a lot depends on the mixture of combustible gases and the size of the room.

A backdraft is unpredictable and usually well over 500℃ in temperature, this is the reason you’re advised to test a door by touching it with the back of your hand before opening it when a fire has taken hold of a section in a building.

How do you prevent a backdraft?

Should there be a risk of backdraft (and again, we can’t stress enough that you shouldn’t be personally responsible for dealing with one) a vertical ventilation opening is usually created to try and alleviate the pressure inside. This is something the fire and rescue services will carry out where possible – especially since they’ll be able to better spot the signs of a backdraft.

Before water and other tactics can be used to tackle a fire, this work of preventing backdrafts will be implemented. This might seem strange – even more so if your property is the one on fire – but you can trust that the firefighters will know what they’re doing.

While not directly linked with preventing a backdraft, a fire risk assessment could help the responsible person for your premises to establish if this is likely to occur in your building and where. If you’re aware of where the fuel and possible ignition sources are, you can take steps to try and avoid the event of a fire completely. Similarly, monitored fire alarm systems can alert the fire services much earlier, allowing more time for them to stop a fire taking over a building.

To learn more about monitored fire alarm systems, fire risk assessments and how to protect your business from the threat of fire, contact our expert team today.