The Burning of the Library of Alexandria

The Burning of the Library of Alexandria

The origins of the Library of Alexandria

Alexandria, a city situated on Egypt’s Mediterranean coast, was founded by and named after Alexander the Great, who lived between 356 and 323 BC.

The Library of Alexandria itself was probably founded during the third century BCE, during the reign of Ptolemy II Philadelphus who reigned from 283 to 246 BCE, although – like much to do with the history of this much revered ancient institution – the matter is widely debated. Incidentally, Ptolemy II’s productive reign also saw the construction of that other great Alexandrian landmark, the Lighthouse, one of the Seven Wonders of the Ancient World.

The Library was undoubtedly home to the richest trove of scholarly manuscripts in the world at the time. Estimates vary wildly between 40,000 and 400,000 scrolls, but it nevertheless represented a near complete archive of ancient knowledge and wisdom. That was partly achieved by an aggressive policy of book purchasing, with agents dispatched across the civilised world to buy as many books as they could, on any subject and by any author. Meanwhile, ships arriving in port had any books on board removed and copied, with the originals being retained by the Library and the copies being handed back. 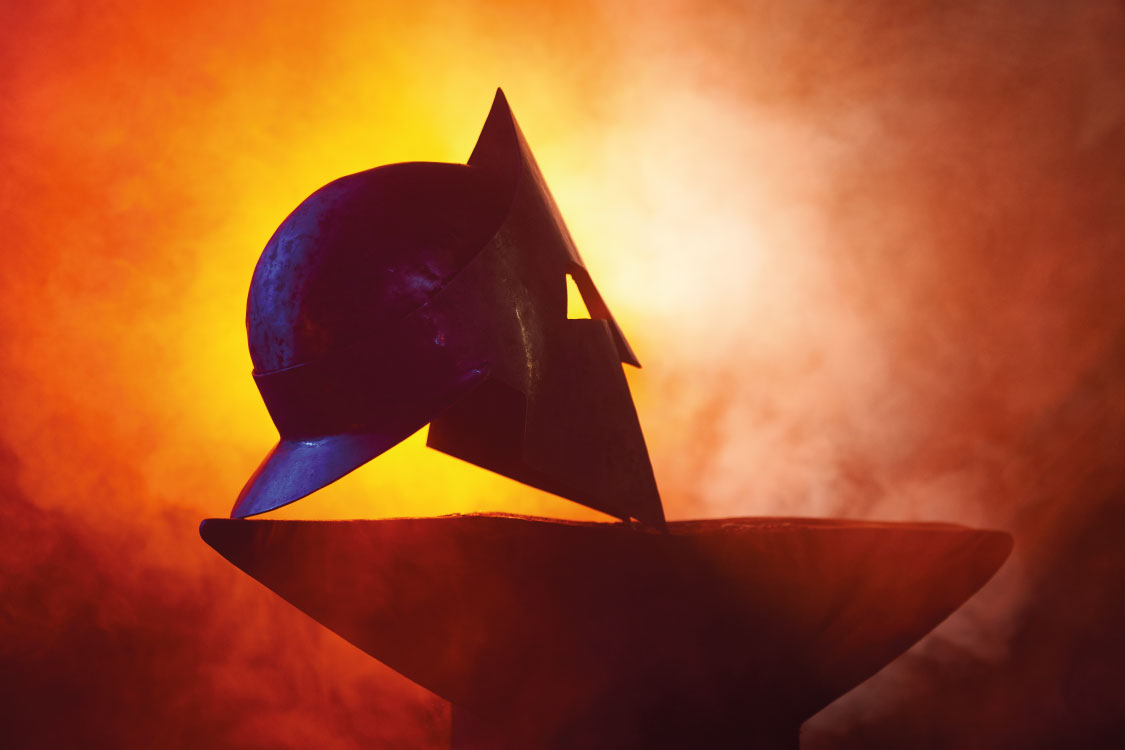 The burning of the Library of Alexandria

Modern myth suggests that the Library was destroyed, along with its entire contents, in a single event. The truth is more complicated, however.

The Library’s decline had already begun soon after 145 BCE, when, following a dynastic squabble, Pharaoh Ptolemy VIII Physcon expelled all foreign scholars from the city. Although Alexandria itself continued to be a centre for study, much of it was no longer connected to the Library itself. Nevertheless, it continued to hold a large archive of works.

In 48 BCE, Julius Caesar was besieged at Alexandria during his ongoing civil war with Gnaeus Pompeius Magnus (aka Pompey the Great). According to some accounts, to block the fleet of Ptolemy XIV, his troops set fire to ships in the port, but the fire spread along the docks, eventually consuming parts of the Library.

According to Livy (59 BCE – 17 AD), 40,000 scrolls were destroyed, although Roman historian Cassius Dio (155 – 235 AD) merely mentions that “storehouses of grain and books, said to be great in number and of the finest, were burned”, which suggests that while valuable texts were indeed lost, the Library itself may not have been substantially affected.

Either way, what seems apparent is that the whole Library was not destroyed – it is mentioned in numerous subsequent texts and accounts, although without the same sense of awe and respect that it had earlier enjoyed. Instead, as Alexandria fell under Roman hegemony, it became less and less important as a centre for learning, and was eventually destroyed in the third century AD, during either the Emperor Aurelian’s siege of 272 AD or that of the Emperor Diocletian in 297 AD.

The legacy of the Library of Alexandria

The myth of the burning of the Library of Alexandria – along with other major fires that have changed the course of human history – demonstrates the monumental power that fire holds over us. It has the potential to destroy much of what we hold dear, whether that be our homes and livelihoods or less tangible things like knowledge and wisdom.

Today, with our commitment to stringent fire safety measures, particularly in the areas of prevention, detection and control, all businesses are required to carry out certain measures to reduce the risk of fire and the potential for damage by fire.

Here at Scutum London, we’re experts at carrying out fire risk assessments, together with installing firm alarm systems, fire extinguishers, sprinklers and other fire control measures. We also provide regular servicing and maintenance to ensure that such fire safety measures, once installed, remain fit for purpose.

That includes providing fire safety advice and systems for modern centres of learning and education, such as schools, colleges and universities, as well as for other sectors, including retail, hospitals, offices, manufacturing and hospitality.

Contact us now to find out more about Scutum London or to book a fire risk assessment for your premises.